With Mega Tech of Oregon’s growth in 2011 we have added a Production Manager who has an extensive background in manufacturing with a wide range of companies. 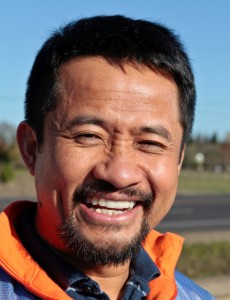 Fon Chaicharn came to Oregon as a Rotary Youth exchange student at Woodburn High School and fell in love with the beautiful Oregon outdoors. After high school he went to Portland State University, then transferred to Oregon State University.

Fon was homesick and went back to Thailand, where he earned a B.S. in Clinical Physiology. He spent seven years as an adult counselor at the Indochinese refugee camp in Thailand, then worked for two years as an election training officer for the United Nations Transitional Authority in Cambodia. After that, Fon and his family returned to the United States, where he earned a B.S. in Industrial and Manufacturing Engineering from Oregon State in 1998. He earned an MBA from the University of Phoenix in 2001.

Fon has extensive manufacturing and production management experience with aerospace, electronics, security and other industries. He’s worked with both small, local companies and global giants like GE, Matsushita and Rockwell Collins. Fon has hands-on and team-leader expertise in: